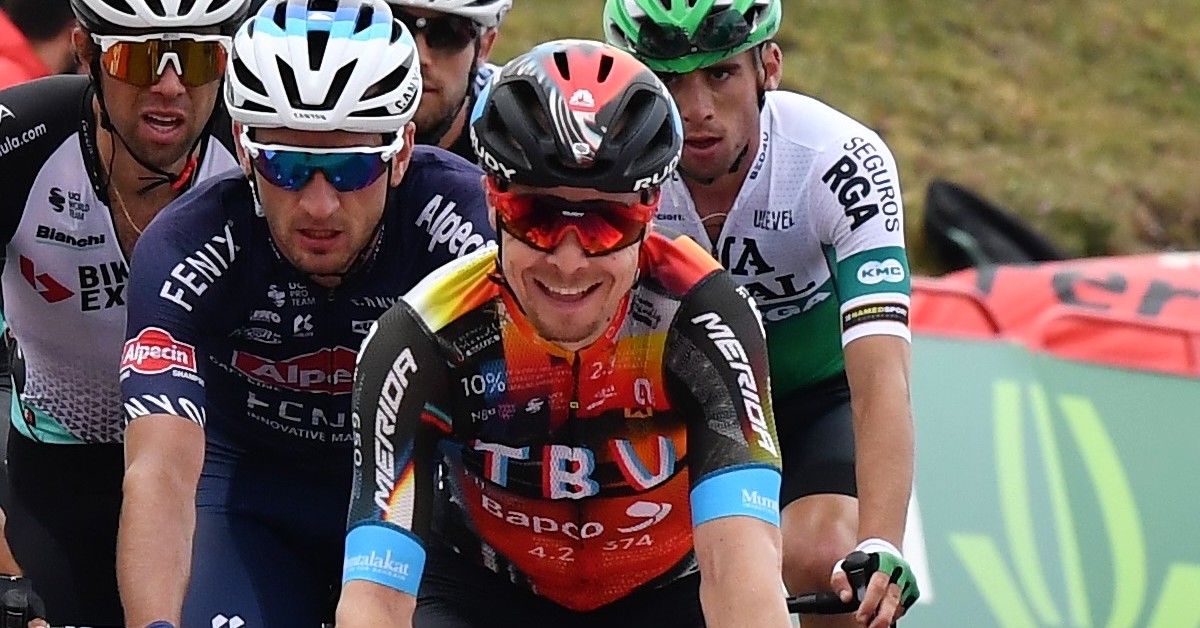 “I would like to introduce you to a role of a domestique in the peloton – the way I see it. We all know there can be only one winner in a race, but there is a lot of support from different people behind. I would first like to point out on mechanics – who make sure the bike is functioning well throughout the whole stage/race, soigneurs/physiotherapists – who keep our legs and bodies as fit as possible, medical doctors – who take care of us if we have some illness, chefs – who cook our pasta, nutritionists – who make sure our nutrition is well planned and our glycogen full, coaches – who plan our trainings and performance peaks, sports directors – who decide on tactics and roles in the team, and team management – who take care of all the logistics (quite a difficult job in my opinion), signing riders and staff, and deciding on the race calendar. Keep in mind that was just a brief description. The leader usually has one goal – to finish the race off with the best possible results, while domestiques have to make his job easier.

There are a few types of domestiques: for flat, hilly, or sprint stages. Each has a very important role. Leaders usually trust domestiques and they have to do everything they can so that the leader is as fresh as possible. A small mistake can cost the whole team a good result. Team spirit is very important too. We are all professionals, who know our roles in the team. There is no easy stage in cycling nowadays. A stage might seem easy on paper and you can think to yourself it’s a sprint day. However, real-life cycling is much more complicated than that. For example, in some flat stages, the fight for positions starts already 50 km to the finish. There are stages with nice, wide roads, without roundabouts or technical corners –one can say, without traps. Stages like this are relatively easy and without much stress. The problem is there are only 5% stages like this nowadays. More commonly, we are passing through narrow streets, corners, and roundabouts. The peloton stretches so much that there can be more than 500 m between the first and the last rider. Teams definitely don’t want their riders in the last positions.

If there is a crash or the peloton simply stretches too much, the team should do a lead-out to bring the leader back in the game. That’s not always possible to do because the peloton is racing at 60-65 km/h and you just can’t go faster than that. Therefore, rule number one: keep your leader in the first positions to avoid a crash, side wind troubles, etc. My role in such stages is to keep the leader out of the wind and my work can start as soon as 50 km to the finish line or even earlier. All of that just to keep the leader safe into the last 3 km. Usually, there is no success such as winning the stage in terms of GC contenders, but you have to see the big picture. The fight for positions is unbelievable. Each of the 180 riders in the race wants to be there and you don’t want to lose position, which means you have to ride even faster than they do. We ride very close, you can measure it in a couple of centimeters and there is a lot of contacts. Crashes are inevitable.

Comparing the peloton these days with the peloton a few years ago, I can say I see less respect among the riders. There is much more pressure from the team, sponsors and each wants to do their job 100%. I think we should use our heads more sometimes but with a heart rate over 180 is difficult to think clearly. These flat stages are the most stressful for me because I spend a lot of energy and I have to stay focused not to make any mistakes. In the end, I don’t gain personally, even if the leader is in front. I’m fully aware that if I make a mistake and my team stays behind, it’s my fault.

I can’t think of a leader who wouldn’t say thank you at the end. I think each team leader says it and not just once and not just to the riders, also to the staff. After the stage, if we did everything as was planned, we are happy and excited for a new day. We forget about the struggle and enjoy the hours we have left till sleep time. That is probably around two hours in a bus, driving to the next hotel, followed by a massage, physiotherapy, sometimes even a session with an osteopath. That’s in total approximately two hours of therapies. Dinner is usually around 22:00 in the evening. We never eat alone, always together as a team. We then go to our rooms and try to fall asleep as soon as possible, which is usually very difficult after such late dinner.«