This is
my story

Jan’s story is a story of determination, dedication and grit. It is a testament to what can be achieved if one has clear priorities and is willing to put in the work. It might be easy to forget that it is also a story of many ups and downs, which all make it all the more special from the standpoint of success in the last couple of seasons. He is a rider for World Tour team Bahrain Victorious and the winner of Giro d’Italia stage 16 in 2020. Yet, probably the biggest victory of Jan’s career is that his love for cycling remains as fervent as it was when he first started out and that he can still consider saddling up and going for a ride not only as work, but also his favorite hobby.

From very early age, Jan was extremely sportsy – trying out different sports and approaching them with zealous dedication and commitment. Cycling was not his first sport love – that role belongs to basketball which he trained for several years. To this day – when asked which is his greatest sports hero, Jan would say Michael Jordan. It was not until 2007, when a local pro cyclist (and Jan’s neighbour in his hometown Idrija) at that time invited Jan to go for a ride. To everyone’s surprise, Jan was able to keep up with much more experienced riders and this casual “coffee ride” planted the seed for what turned out to be a complete career change. Maybe this cycling thing could be more than a hobby? 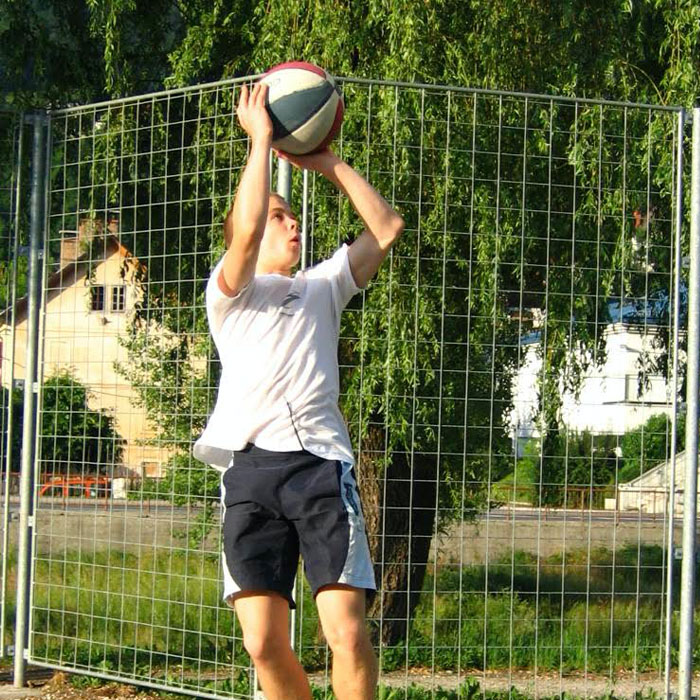 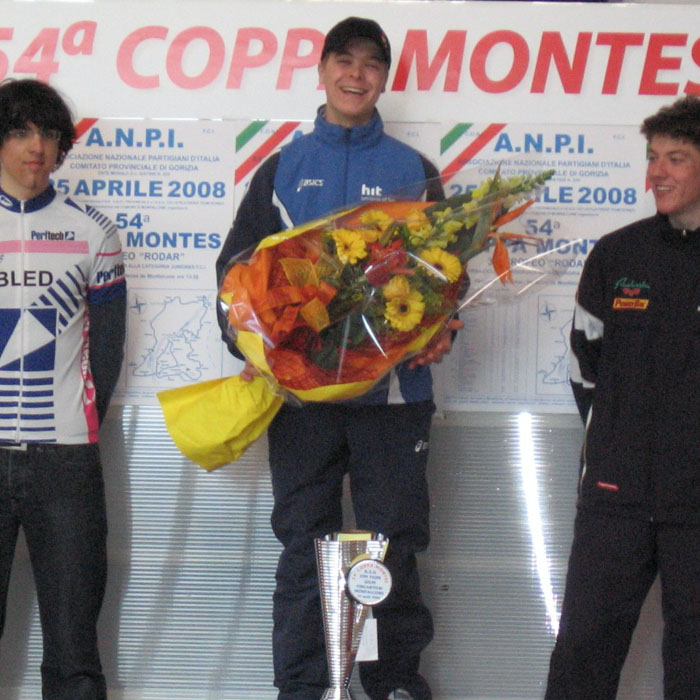 After reaching a podium at a local MTB race, Jan joined his home-town cycling club Sloga 1902 and decided to fully commit to cycling. However, after reaching 2nd place in GC at Tour of Štajerska in 2008, at which he was bested only by his Slovakian peer Peter Sagan, he signed with Continental team Radenska (Rog).  His career was off to a great start and following great results at different races, he quickly started drawing attention by some of the big players in World Cycling. In 2011, at the age of 21 Jan was offered what seemed to be an opportunity of the lifetime: a two-year contract with World Tour Team Quickstep. Yet, this turned out to be anything but a great move.

What should have been two amazing years of gaining experience and finding his own space among the best cyclists in the world, turned out to be a downfall which would leave less determined cyclists devastated. With the aim to become a better climber, he was trying to lose a lot of weight, but his body did not respond well to this regime, and he was starting to lose his power, he was feeling unwell and empty and the results were just not there. This was one of the biggest lessons of his career: at that point in 2011, he was blindly following and trusting everything that was told to him and failed to listen to his body. How could it be good to have to lose weight down from 67kg to 57kg. 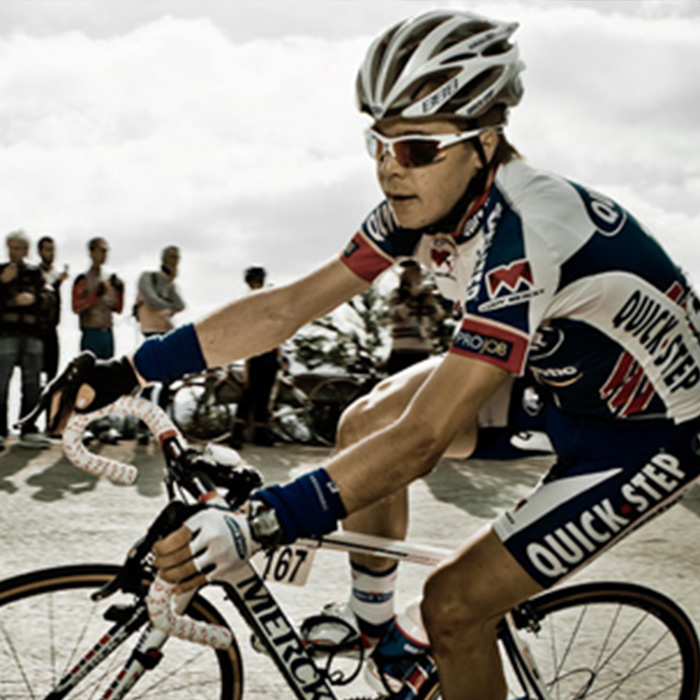 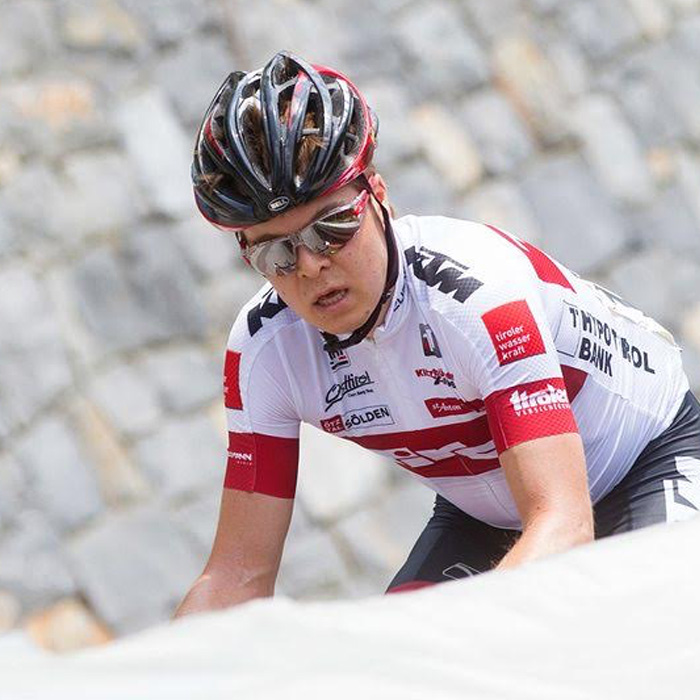 All the cruelty of this beautiful sport peaked in 2012 when Quickstep merged with Omega Pharma team and Jan was left without a place on the team. He returned to continental team Rog, where he was not paid, but rather was just given an opportunity to rebuild back from ground zero. The following year (2013) was not going any better and even the always determined Jan started to lose faith. There was only a dimmed glimmer of hope: becoming a European Road Champion under 23. He joined a continental team Tyrol Cycling, but things were not improving in the new environment. He was involved in several mass crashes and all this started to boil and the thought of ending the career was stuck more and more often on Jan’s mind.

BACK TO SQUARE ONE

Not the one to give up, Jan decided to give it just one another go before calling it quits. His fellow cyclist from his home town helped him to sign a 3-year deal with an Austrian team Amplatz-BMC. It was a small team that mostly raced on uncategorized races in the Austrian Cup and Jan was getting paid only based on his results. Yet, a good team environment and belief in himself helped Jan to slowly rebuild his cycling career. He started collecting first and second places on the races, placing on top even in GC and all the troubles and worries were slowly driven out of his mind. Together with Jan the team was also getting better and this ‘growth from zero’ mindset helped him rebuild the trust in himself. He won several races in 2015 and became a National Time-Trial Champion – this time in the absolute category and a year after, he also claimed the National Champion title. 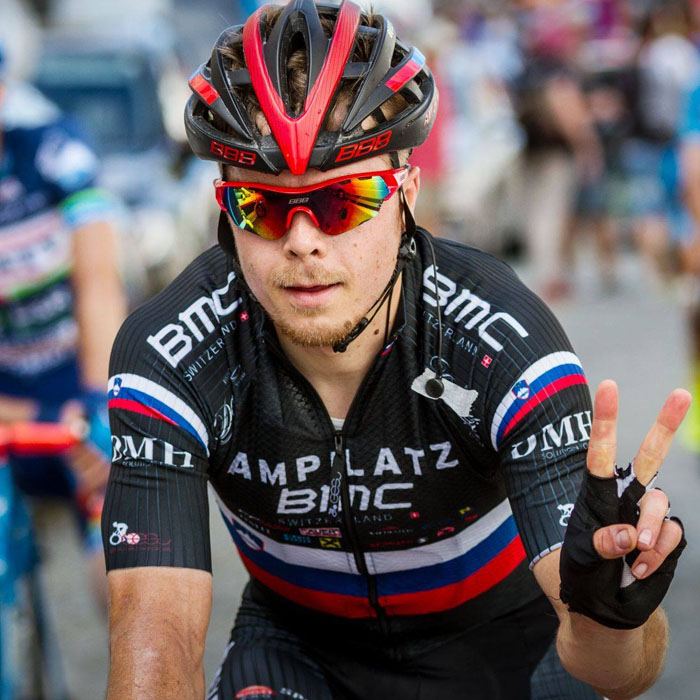 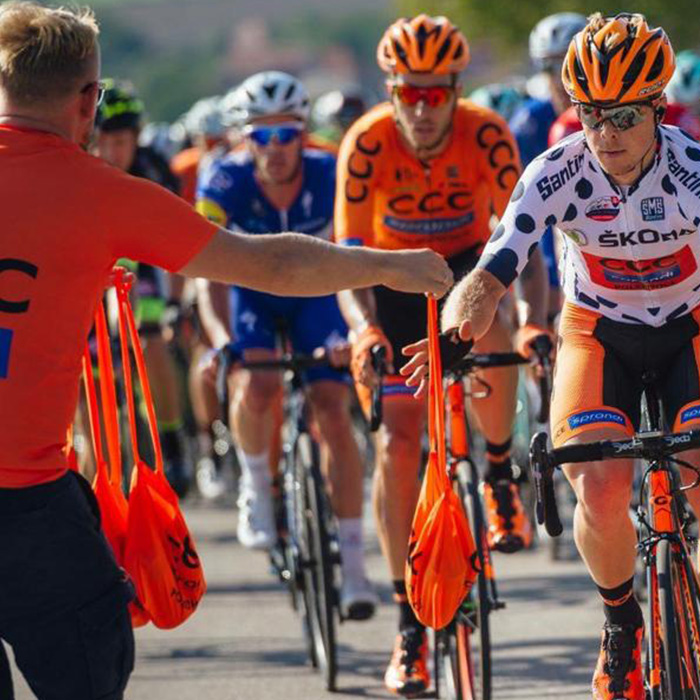 The reward came in 2017, when his upward trajectory was noticed with a higher-ranked team and Jan once again changed his team and signed with a Polish Pro continental team CCC Sprandi Polkowice. The two years with the team were very successful ones. Jan placed in top ten in a stage at Giro d’Italia, won Tour of Slovakia, Volta Limburg Classic in the Netherlands and for a grand finale of the season reached 9th place on World Championship in Bergen, Norway in a time-trial. The dark days were now firmly in the past and lessons learned helped him to create a healthier outlook on cycling and life. He stopped worrying about food and diet all the time and started focusing on listening to his body and trusting in himself and his – now obvious to everyone – capabilities. And when you start achieving this kind of results on the second highest level of pro cycling, there is only one way to go – higher.

BACK AMONG THE BEST

In 2018, Jan returned to UCI WorldTour by signing a two-year contract with Bahrain Merida Team. This time around Jan was more experienced than he was when he signed with his first WorldTour team back in 2011. The results were a clear proof of this – in May 2019, he achieved his first victory in the UCI WorldTour race, as he raced to a victory in the prologue of Tour de Romandie. This was an indicator of a great season, during which he reached 2nd place in a stage of CRO Race, as well as raced to 3rd place in a Tour de France stage, his first outing in the world’s greatest (cycling) race. The following year (2020), he went another step further: after a confusing and strange COVID-influenced year, during which he placed 6th in European ITT Championship and was caught on the finish line after a stage-long breakaway at Paris-Nice, Jan achieved his crowning jewel of racing career: On October 20th, Jan took the Stage 16 of Giro d’Italia. After over 50km of solo ride, Jan won on the final climb a mere stone-throw away from his native Slovenia. 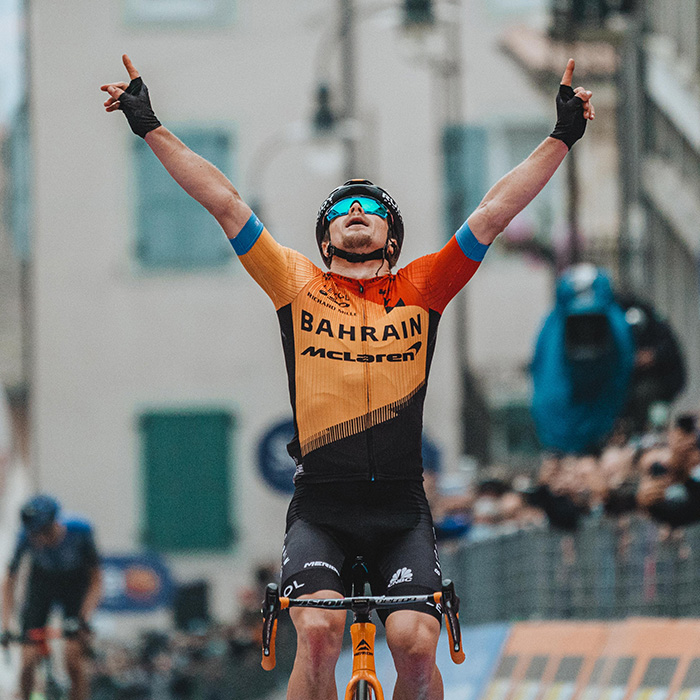 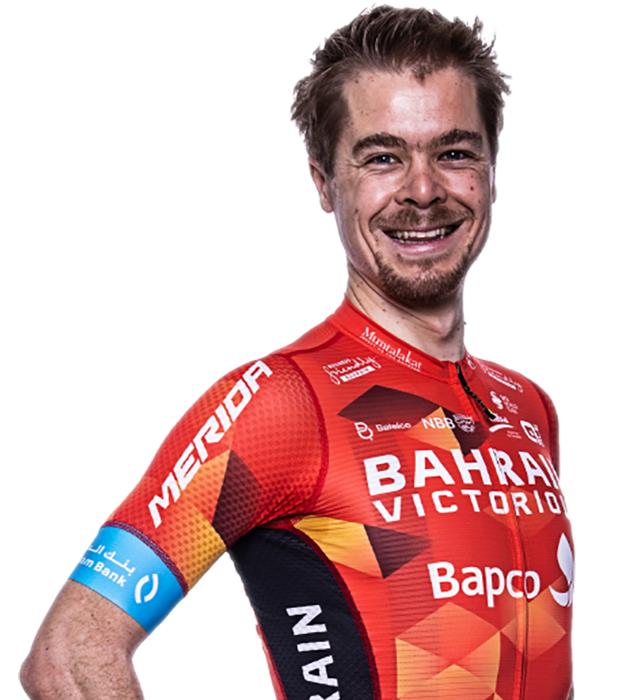 After his best season to date in 2020, Jan is determined he will build on this in 2021. At the end of the season, Jan signed a two-year contract extension with Bahrain Victorious, firmly cementing his place on the team roaster as a great time-trialist, specialist for one-day races, as well as a great team player and domestique. If last two seasons are any indicator, we are in for some great racing from Jan and his story will surely gives us many new reasons for celebration – so stay tuned!