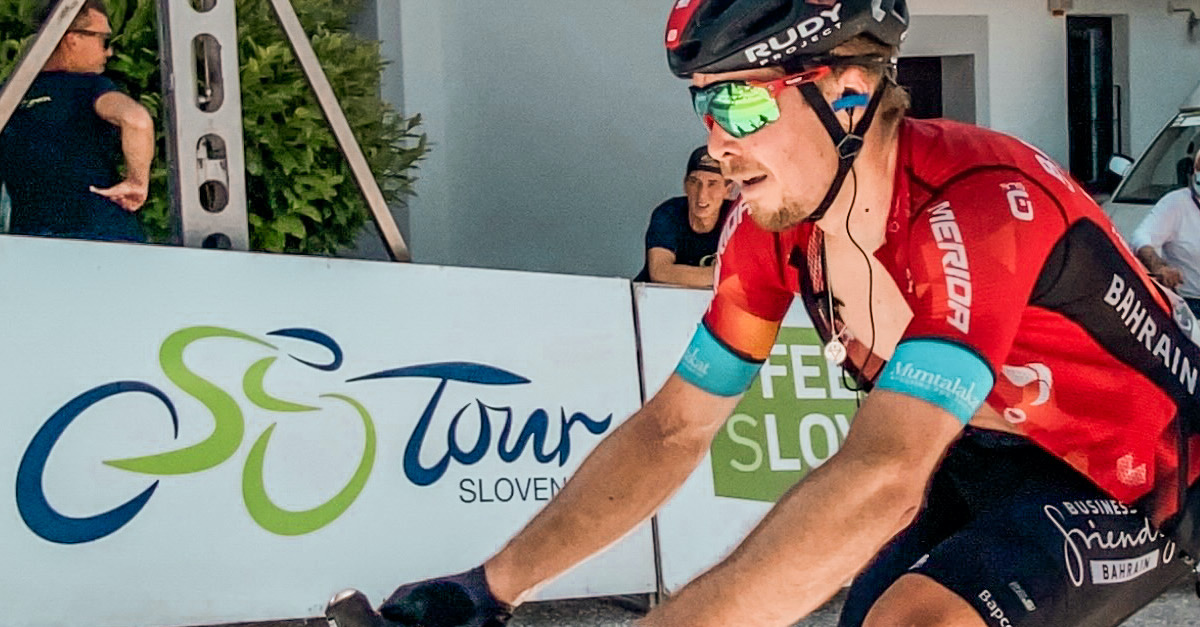 June is a cycling month in Slovenia. It started with the Tour of Slovenia, which was won by Tadej Pogačar (UAE-Team Emirates). Also, the national championship will take place at the end of the month. We will watch individual time trial and road race, both in Koper and nearby.

“Tour of Slovenia is in the books. It was great to race here again after three years. The atmosphere was fantastic! All the fans at the road cheering for us and how they decorated the cities we passed – amazing. Slovenia is becoming a cycling nation, which is even more obvious after each race here. Also, it’s the best feeling knowing that my girlfriend, my closest friends, and family are there to support me. It gives me extra energy and motivation.

We raced very good as a team. We took two stage wins with Bauhaus, and Matej won the red jersey for points classifications. My role was to help the team. I felt surprisingly strong if we consider I finished Giro not so long ago. There are usually two potential scenarios after a Grand Tour. You either feel super strong or you feel extreme fatigue. Luckily, it was the first scenario for me, so I’m very excited for the next race on home roads – nationals. I will fight for the win on a time trial, while the road race will be a lottery, as it is every year. We will have to be careful of breakaways, which would include some key riders.

After the nationals, I will have a few days off, which I’m looking forward to. The first part of the season was very tough. I was at home for two weeks in the last four months. After a short break, I will continue my preparation on altitude. Then I hope to race the Olympics with the national team. The most important race in the second part of this season will be la Vuelta.”