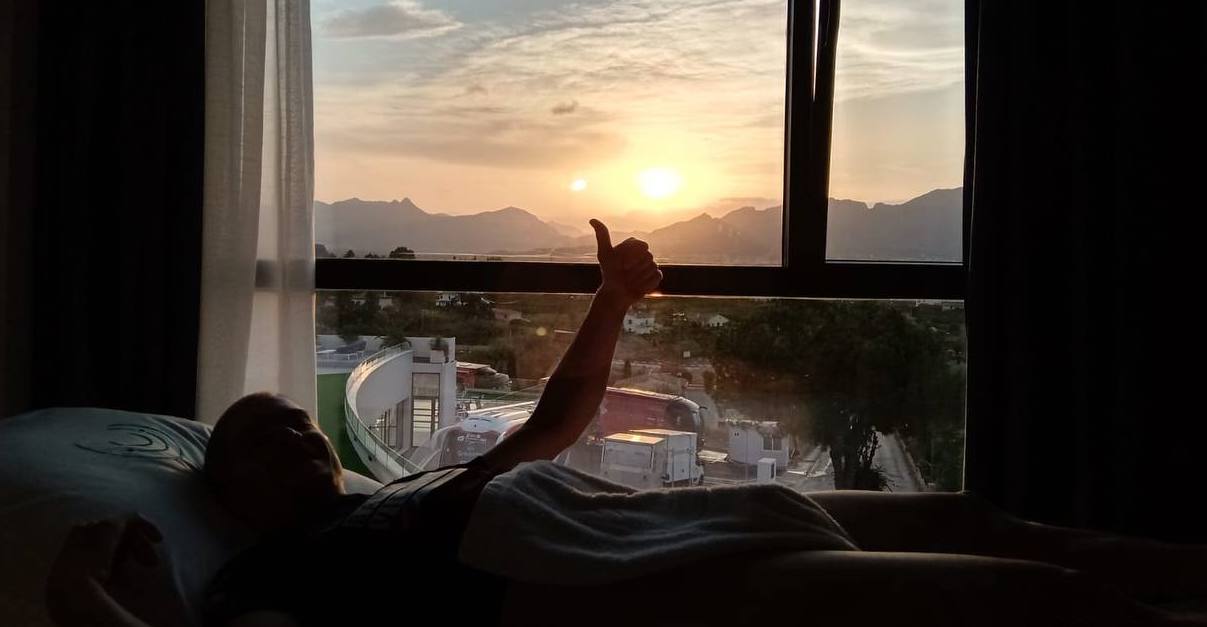 The last grand tour of the season takes place in Spain this year from August 14 till September 5. We are talking about La Vuelta. Primož Roglič (Team Jumbo Visma) is leading the race after the first rest day. Damiano Caruso (Team Bahrain Victorious) won the ninth stage. This is Jan’s first Vuelta and he described it as:

“First “week” of racing was though. I started great, taking third place on the prologue. I really wanted to seize my opportunity, but two guys were stronger. Anyway, I gave it all that day, and it was my maximum.

I knew what I had to do the following days – help my team leaders. Only me and Arashiro are here to take care of the guys in flat sections of the stages. We have a lot of responsibility and already had a lot of work to do in the first week. Each stage is very stressful because basically, each day is a chance of echelons. However, the wind is never strong enough to break the peloton. That’s what makes racing really difficult. Each team has the same agenda. As if this is not enough, there is extreme heat. I usually don’t have problems with heat but racing nine consecutive days at 40 degrees Celsius does some damage to the body. We have to make sure the riders have fresh bottles ready all the time because the liquid heats up after 15 minutes.

Up until now, everything is going as planned. Caruso won yesterday, and Haig is in fourth place in the general classification. Regarding my performance, I think I’m not in my best shape compared to previous races, but I also think that is quite normal. I kept a high level of performance throughout the whole season. We can start the second week relaxed and ready to take some new opportunities.”