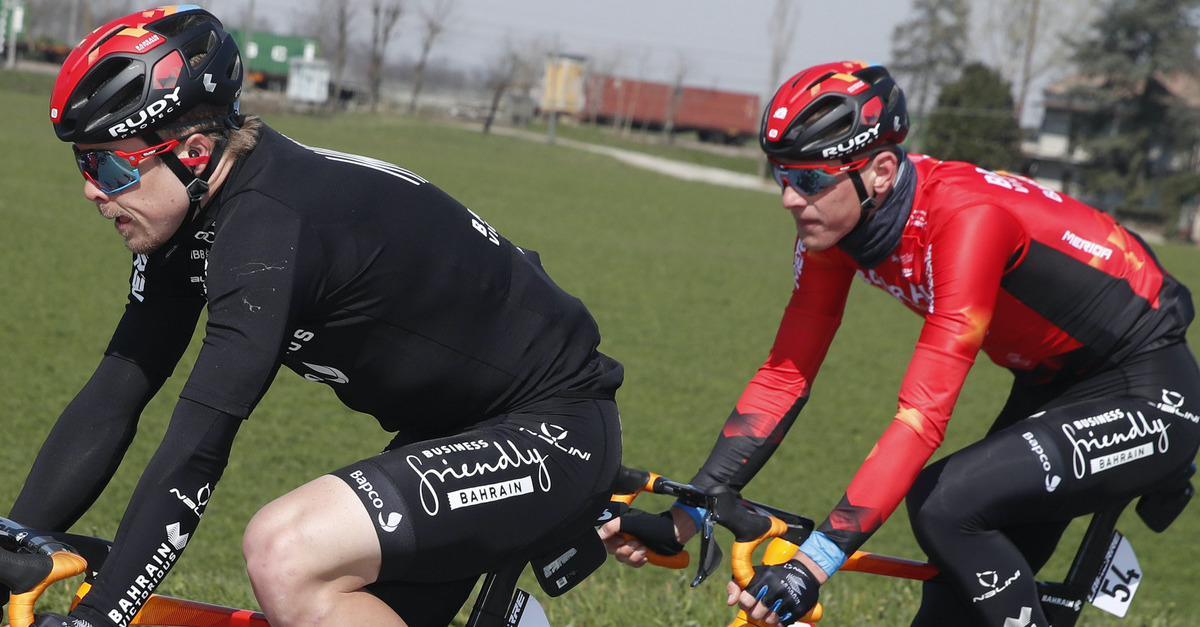 It usually takes a little less than seven hours for riders to reach San Remo after 300 kilometers riding alongside the Liguria coast’s idyllic landscape. Jasper Stuyven (Trek-Segafredo) won the monument this year after he bravely attacked in the last two kilometers. Sonny Colbreli and Matej Mohorič (both Team Bahrain Victorious) were involved in a small group sprint and finished on the 8 and 11 places, respectively.

“It was my first Milan – San Remo and I have to say I enjoyed it a lot. I was again in the role of the domestique, this time, I was helping Matej. It means I took care of him from kilometer 0 to the final and crucial parts of the race, such as the Cipresse climb. I like the race. It’s very beautiful. However, if your role is to help your teammates, you lose a lot of energy at the beginning of the race, which makes it impossible to fight for a good result in the end. I didn’t feel 100% good because I’m still tired from Tirreno. Anyway, I fought my way throughout the race and did my job properly. I’m heading home now, where I will rest for a couple of days before I travel to Tenerife for an altitude training camp.”