Hello from the beehive! 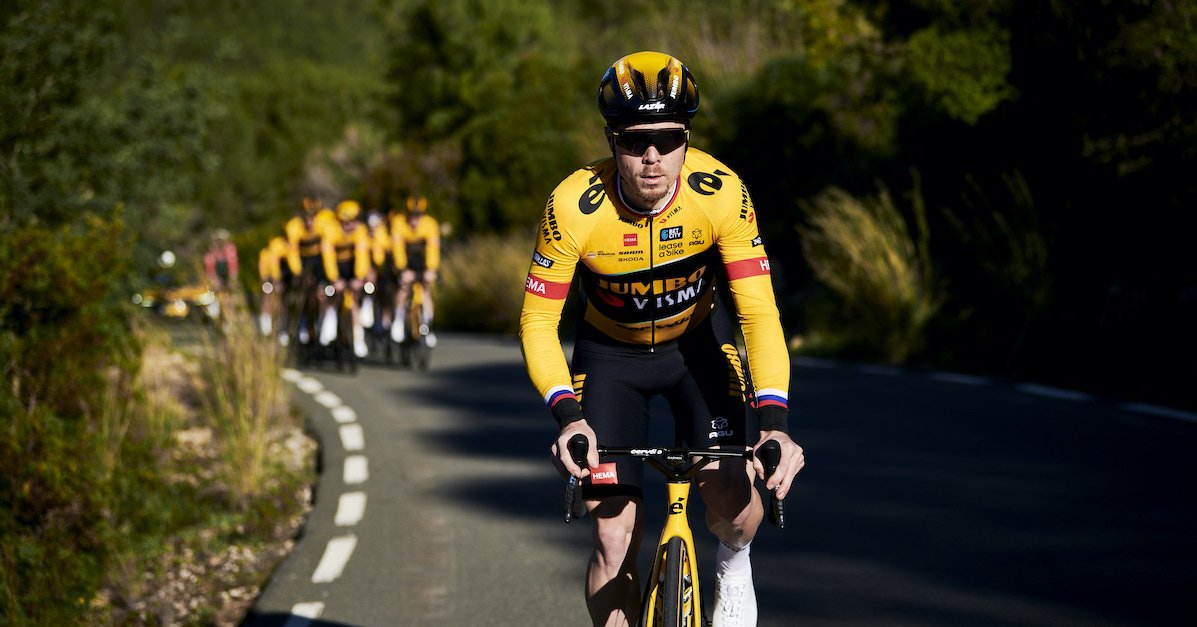 The new year brings freshness to the cycling world. We have known for a long-time which cyclists remain in the same teams, and which will change colors with the new season, but cycling contracts are tied to the calendar year, so the cyclists can officially show their new colors only from January 1. On New Year’s Day, cycling enthusiasts are excited to follow social networks to catch all the posts of riders in new jerseys. In Syuk’s camp, we were particularly excited this year, because after four years a massive change in the color scale was promised. Since January 1, Tratnik has been an official member of the Team Jumbo-Visma. Based on the first impressions that he wrote about “the bees” for this blog, the 2023 season is going to be a very interesting one and we can’t wait for it to start as well.

“The off-season was calmer this year. I spent it at home, without a holiday under palm trees. I had a lot of trips during the season, and right at the end, there were two more cherries on top of the cake (long trips to Canada and Australia). To be honest, I was only interested in lying on the couch after the season ended. At the mention of airplanes and any kind of travel, I got an allergic reaction 😊 After a good month “off”, which I spent actively on the MTB bike, I was mentally and physically ready to start the new season.

November was dedicated to getting back into the rhythm as soon as possible and slowly raising my fitness. The trainings were low-intensity and in a medium extent. In December, however, we started to raise the bar a little. With the new team, we also spent 12 days at a training camp in Spain. I continued training during the Christmas holidays and suddenly it was the new year when it gets real. 1.1. – new profile photos, this time in yellow-black colors, and officially, the start of the new season. There is no more rest and other obligations. My life is focused on two months of hard work to be ready for the first races. Eat, train, sleep, repeat – something like that.

I start racing at the Opening week in Belgium: Omloop and Kuurne, followed by Strade Bianche, Milano-San Remo, and a stage race across Catalonia. Then I will compete in the Belgian classic Liege-Baston-Liege, where I will activate my legs before the biggest goal of the season – the Giro d’Italia. Everything we do is geared towards the Giro. I want to be 100% ready there to try to win with Primož. We have a strong team, for all terrains, and we are definitely one of the favorites to win. However, we still have a lot of work to do to get there.

I spent 4 seasons with the Bahrain team, that is, from 2019 to 2022. I can say that those were very beautiful years that I will definitely remember. We achieved quite a few nice victories together, as well as defeats, but I also learned the most from the situations. All the experience will come in handy in the future. In 2023, I became a new member of Team  Jumbo Visma. When I found out that the team was interested, I didn’t think much and we reached an agreement very quickly. Watching their progress over the last years, and how each rider improves in his performance, I wanted to experience it myself. I want to become the best version of myself so that once I finish my career, I won’t have anything to blame myself for because I’ve tried everything. That I will know I have reached my maximum. I am firmly convinced that I can make these wishes come true in this team. They provide me with the best equipment and materials. Nutrition is also at the highest level. If I can pull 1-2% from each of these areas, that will be a lot. I also see that the change in environment had a very good effect on my motivation: new people, new culture, new goals, and plans. Everything motivated me even more and I can’t wait for the continuation of training and the first races.

Of course, my role here will be a little different and I will be a domestique most of the time, but I have no problems with that because the team spirit and the awareness that all members of the team are responsible for the victories is very strongly present. I really can’t wait to get started and see where I can go.”