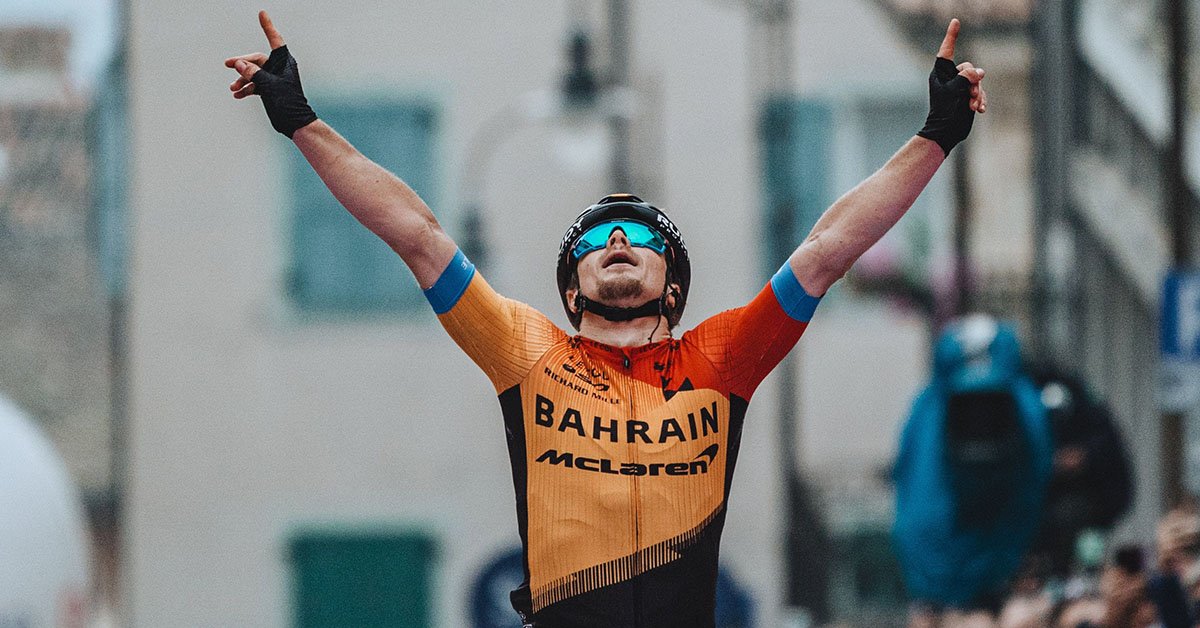 After a thrilling Stage 16 at the 103rd Giro d’Italia, Jan Tratnik secured his first Grand Tour Stage victory after a day in a breakaway from Udine to San Daniele del Friuli. The stage, which took place a mere stone-throw away from Jan’s native Slovenia, provided much spectacle as Jan got caught by Ben O’Connor on penultimate climb of the stage after almost 50 km in a solo breakaway. However, the stage was won after a successful counter attack on a final climb in last kilometer.

“Finally, I won a real race! I was in a bigger breakaway and I knew right away we will make it to the finish. Considering it was stage 16 on the Giro and I still felt strong. When we came to the final laps, me and Boaro went solo 60km until the finish line. Honestly, I wasn’t completely sure we will make it. I said to myself, you idiot, it’s too early. However, not long after that, I saw riders in the breakaway couldn’t organize themselves. I accelerated and lost Boaro. O’Connor caught me on the last climb, but I knew he can’t beat me in the final climb, it was too steep. When I saw my girlfriend, my brother and my friends on the road I got extra energy and I flew till the finish. I’m extremely happy and all the hard work is paying off now. When we were in quarantine, I still did every training I had with my mind on Giro. This was my goal of the season, and to win it, this was my dream. Everything worked out, I’m really happy. I would like to thank everyone for the support, my team, fans, riders, all who cheered for me. This win gave me a lot of confidence and proved that I can win the biggest races. It gives me a special motivation for the upcoming season, when I will try to win some more races.”

Not only was the victory historic for Jan and his greatest career achievement (so far), it was also historic for the organizers – Stage 16 was the 2000th Stage of ‘La Corsa Rosa‘!

You can explore all major results achieved by Jan on our Results page!