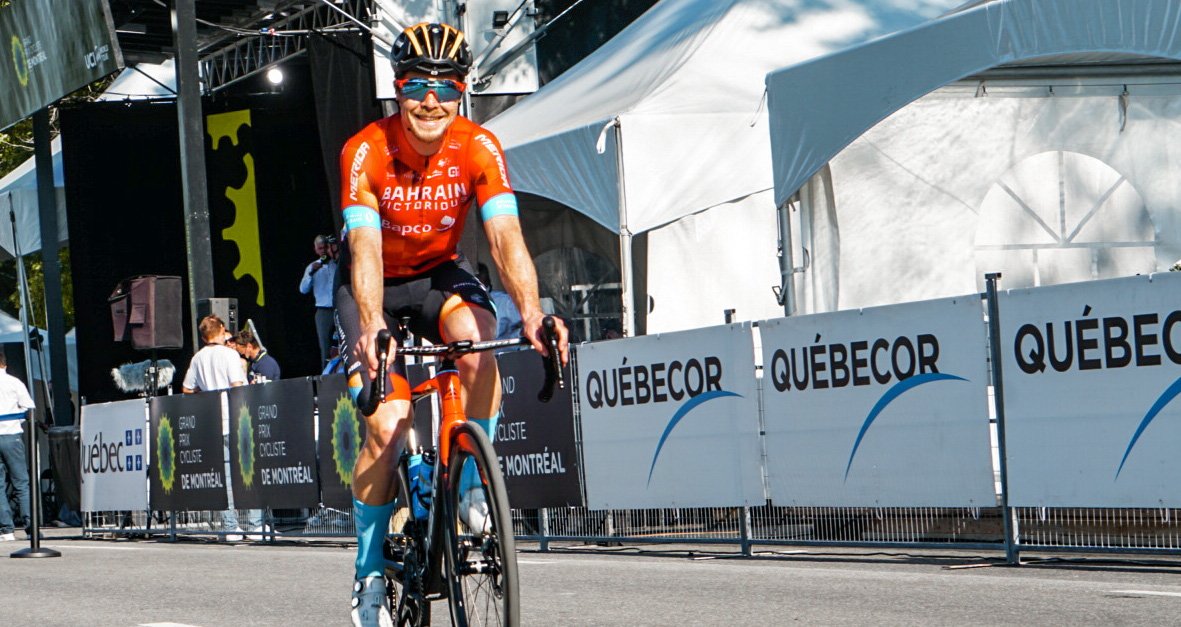 The race calendar led riders to Canada in the past week – to the Grand Prix of Quebec and Montreal. Those were the last races for Tratnik this season with Team Bahrain Victorious and he honored that with a combative ride in Quebec. In the end it was Cosnefroy Benoir (AG2R Citroen Team), who won the race. Pogačar (UAE Team Emirates) was the first to cross the finish line in Montreal a couple of days later.

»I’m coming home tired, but happy. Profile-wise, the race in Quebec was better for me and it would be better to wait for the finale than to attack in the middle of the race and try to make it harder for others. Still, my solid performance motivated me for the next race in Montreal. I knew it would be more difficult because it was longer and had more attitude meters. Unfortunately, I wasn’t strong enough to fight for the first positions in the last climb. I gave it my all, but the race was just too difficult for me. I’m still happy with my performance. Next on the menu is to travel to Australia for World Championship. I feel good and hope I can finish the season well.«