The art of a breakaway 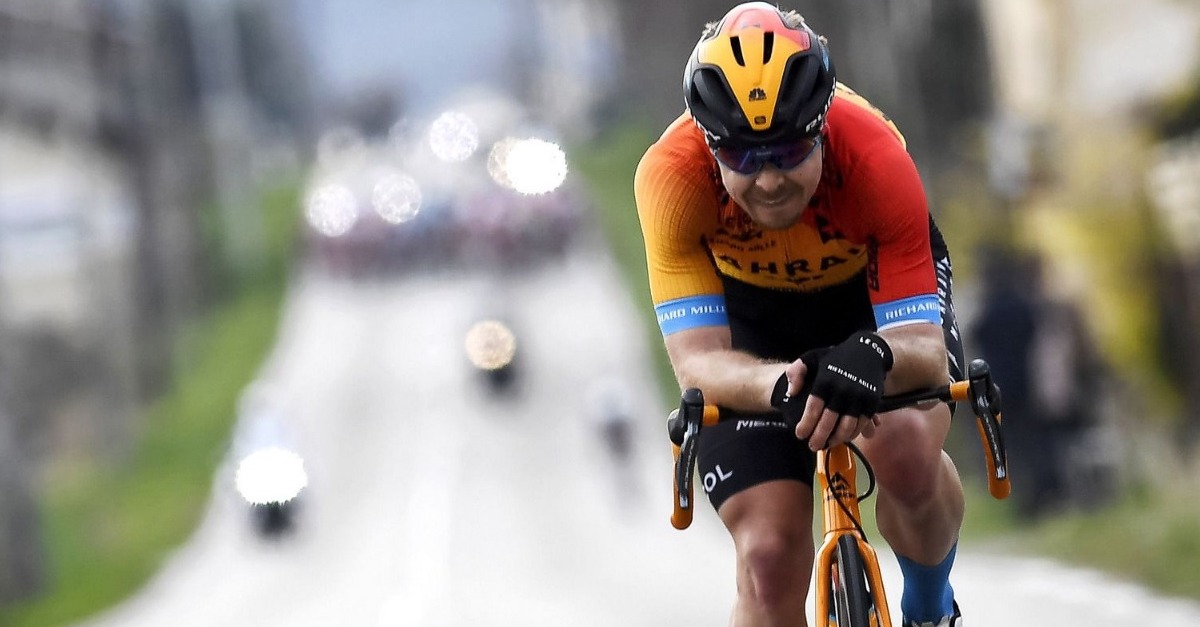 »Accelerations, attacks, breakaways. You probably noticed many times how a smaller group is formed in the race, riding as fast as they can to come to the finish line in front of the peloton. It’s called a breakaway and I see two main scenarios of why it happens. The first one is that a breakaway includes riders who want to prove themselves to their sponsors, who want to be in the center of the attention because this means they appear a lot on the TV. However, such breakaways usually don’t stand much chance. Even stage profile usually suits more to sprinters. It’s not difficult to get in such a breakaway, but there isn’t much chance for success. Riders from smaller teams fight to go in such breakaways because the media coverage means a lot to them. For example, ProContinental teams (or 2nd division teams) who get the wild card to compete on Grand Tours engage in those breakaways. There is no real anxiety at the start because everyone in the peloton knows sprinters’ teams will take over control. It feels like a “rest day” for riders in the peloton, while the ones in front suffer and also spend much more energy compared to the guys in the back. Even though the breakaway puts in so much effort, they usually don’t end up with a stage win or any kind of result. However, that’s not always the case. It has happened before when the peloton miscalculated the circumstances (speed, distance, the gap between, energy levels) and the breakaway made it to the finish. There is always a 1% chance for success and that’s why you do it. For me, this 1% happened at Paris-Nice 2020 (stage 5). I was in a breakaway for more than 200 km, I was left alone at the end, but the peloton was stronger, and they caught me 50 m to the finish line. This stage haunts me even today, but I learned from it. A few months later I won my first Grand Tour stage – from a breakaway. Breakaways are like a kinder surprise – you never know what you’ll get.

The second scenario represents stages “made” for breakaways. On those days, despite all the calculations, breakaway has a high chance for success. It can happen that one team misses the break and then they have to pull in front of the peloton for the whole day if they don’t want to miss their chance for winning. Most often in such cases, everyone in the peloton knows it will be a real battle to break away. Every rider and every team wants to win. The key question is how to get in a winning breakaway. The answer is: very difficult. It’s almost impossible to predict when it will break, at which point on the race, which combination of riders will be “the one” etc. I’ve noticed this year it often happened that the break didn’t go for 60 km, even 80 or 100 km. This means we have to go through 100 km of racing, where riders attack constantly. It’s attack after the attack, but each is neutralized. It can happen there are 15 riders in front, the peloton almost stops and lets them go, but one team misses the opportunity, they start to pull, and one rider starts to pedal faster to move to the break. The peloton doesn’t let him and it’s gruppo compatto again. All this effort for nothing. Point zero again.

If your team tells you the breakaway can’t go out without you, it’s not an easy mission to complete. You have to be lucky, too. If you attack too much, you lose lots of energy and enter the red zone too early. This usually happens at the worst moment. If you’re already tired and the break didn’t go, then again, it’s not easy, even in the peloton, racing at 50 km/h. It depends on the stage profile as well. If you know the stage is 5 km flat and then the first climb, it’s better to wait. If you spend all your energy in the first 5 km and the break doesn’t form, it can happen very quickly that you stay behind on the climb because you can’t follow, you spent too much. In this case, you can say goodbye to a stage win. I see in the last couple of years how the fight to go in the breakaway got tougher. There are days when the attacks just don’t finish. Each team wants to have one rider in the break. To get to this point, attacks sometimes last for an hour or more. Let’s take a look at an example: if attacks go on for an hour it means there is one attack per minute or two – altogether there are more than 30 attacks in the first hour of racing. If you go along each time one attacks, you will spend too much energy and can easily wave goodbye to the finale.

Breakaways are great for me. I love it when there is action. When the team gives me orders to be in the break, I’m quite nervous, because I never know if I’ll make it, will I be lucky enough to be in the right place at the right time. I’m involved in lots of breakaways – to trying win stages or just help my team. It’s always better to have one rider in front because then your team doesn’t have to work so hard back in the peloton.

All I wrote here is very basic and general. It’s difficult to explain the whole dynamics of the breakaways in short because there are so many factors influencing that you just can’t predict all the possible scenarios. It really is an art. I can just say that it’s not that easy to be in the breakaway. You never know what other teams are planning and you can quickly spend too much energy in the beginning.”