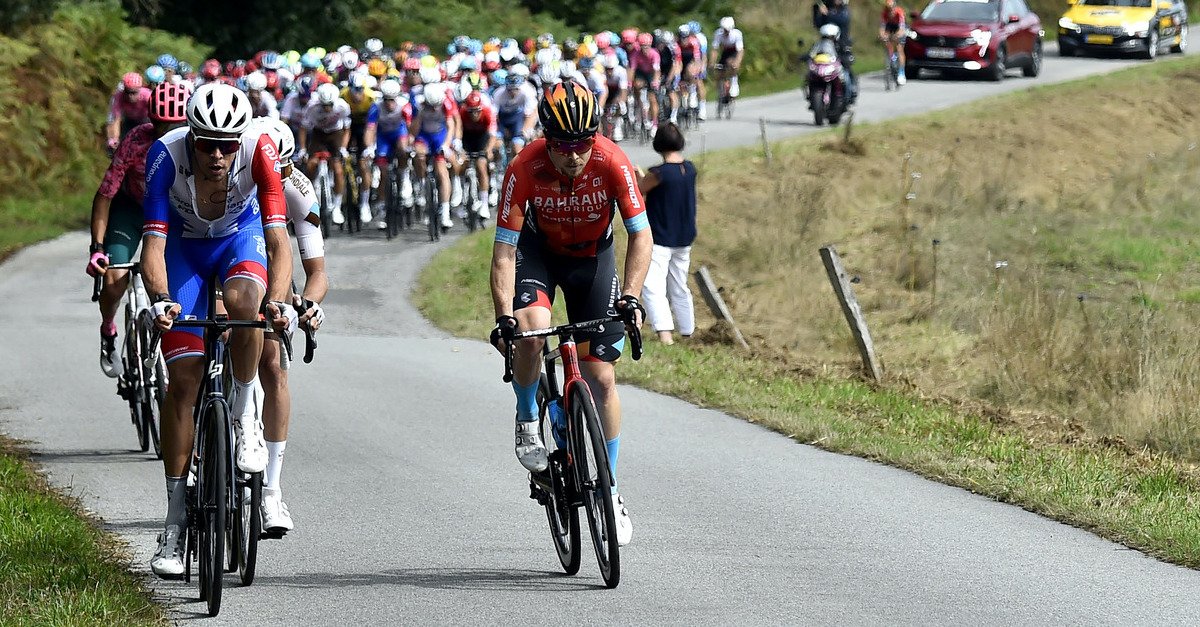 If you don’t race on La Vuelta, then your August schedule consists of one-day races. After the European Championship Jan raced in Hamburg at the BEMER Cyclassics and in Plouay at the Bretagne Classic. Marco Haller (BORA – Hansgrohe) won the BEMER Cyclassics in a bunch sprint. Tratnik’s racing was compromised by a bunch crash, in which he luckily wasn’t involved but the damage was done anyway.

“After European Championship I very quickly refocused as new races and challenges were on the horizon. I traveled to Hamburg where I was aiming at some good results. The first part of the race was relatively calm until we made it to the finishing circuit. The speed increased significantly, and you could feel the tension and stress in the peloton because of the narrow roads and positioning before the climbs, which caused a bunch crash. Luckily, I wasn’t involved but I lost contact with the leading riders. A little later on, I managed to get back to the first group, but I spent a lot of energy doing that and was not able to follow the best ones on the last climb. Nevertheless, I’m happier to finish the race without new bruises and in one piece.”

A week later, Tratnik traveled northwest of France to race a 255 km long one-day race known as the Bretagne Classic. Jan made the race very exciting with a breakaway, solo ride, and several attacks. Unfortunately, he was caught just a few kilometers from the finish. Wout van Aert (Jumbo Visma) won the race from a small group sprint.

»Bretagne Classic was on my mind as a special goal for the second part of the season. Also, the team made me the team captain. I seized the given opportunity and decided to attack 70 km to the finish where the terrain became more difficult. There were quite a few riders in the break, but the peloton had us on 30-40 seconds all the time. I had to speed up to avoid being caught early. Later on, in the race, I was solo in front of the break and saw two riders approaching. I decided to wait for them and continue together because we were much stronger if we worked together. The closer we got to the finish line, the more I believed I can win it. Unfortunately, I was caught 4 km to the finish. I attacked one more but was caught after some time. Still, I didn’t give up. I wanted to sprint but had some bad luck there as well. I speeded up from behind, but the group moved to the right and closed my line to the finish. Nevertheless, I’m extremely happy with my performance because it gives me lots of motivation for upcoming races in Canada.”