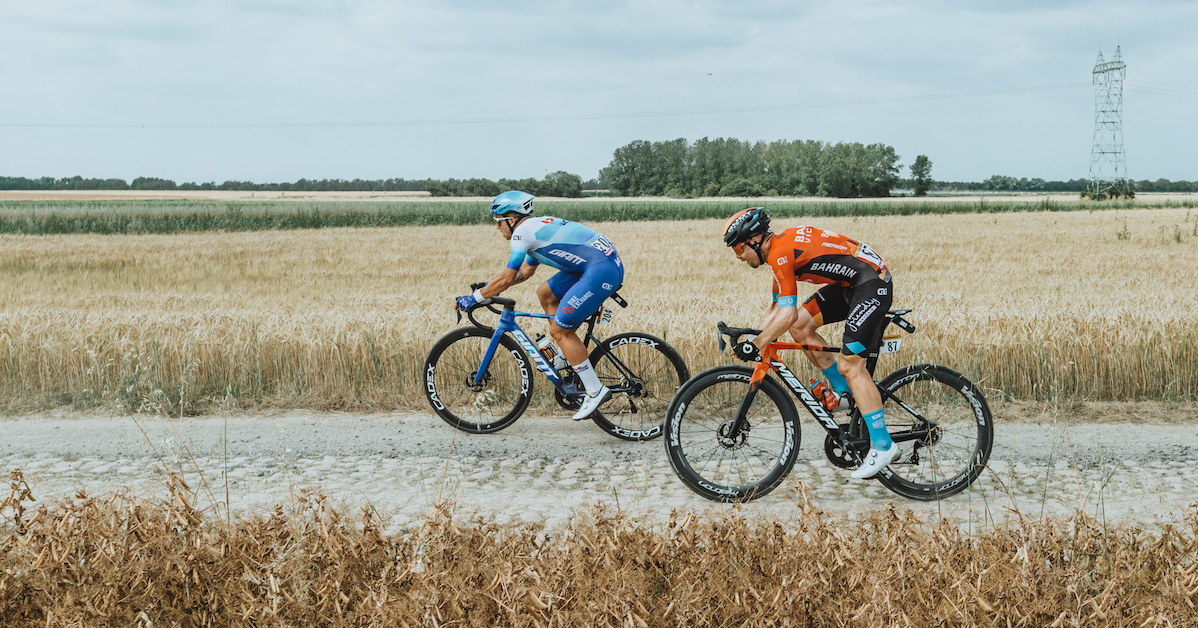 One-third of the Tour de France is in the books and it was an exciting one. We witnessed rainy conditions in the opening ITT, fear from echelons, racing on legendary Roubaix cobbles, thrilling sprint finales, and a taste of mountain stages, which indicates we will enjoy some exciting performances next week in the Alps. Tadej Pogačar (UAE Team Emirates) is currently leading in the general classification. Three minutes and forty seconds behind is Damiano Caruso, the best-situated rider from Team Bahrain Victorious. Tratnik is in the role of a domestique.

»”First week” is done and dusted. The first stages were super-fast, and it feels like the second rest day came quite quickly – much needed. I’m happy with how we race but I was mostly in the role of a domestique. Unfortunately, we lost Jack who crashed in stage 5. I was quite lucky in terms of crashes. I only sprained my middle finger. Except for being swollen is all good and I can race normally.

I tried to go in a breakaway in some stages but there were too many teams interested in catching the break or sprinting in the finale, so it wasn’t really successful. However, I’m happy with how I feel. I didn’t feel 100% at the beginning but I think I’m getting better and better each day. I spent the rest day very easily. I went on a short training to stretch my legs, rest the whole day and not think about the race. A brutal week is coming, it’s going to be tough, but I’m looking forward to it. Also, because of the many Slovenian fans who started gathering along the roads.”