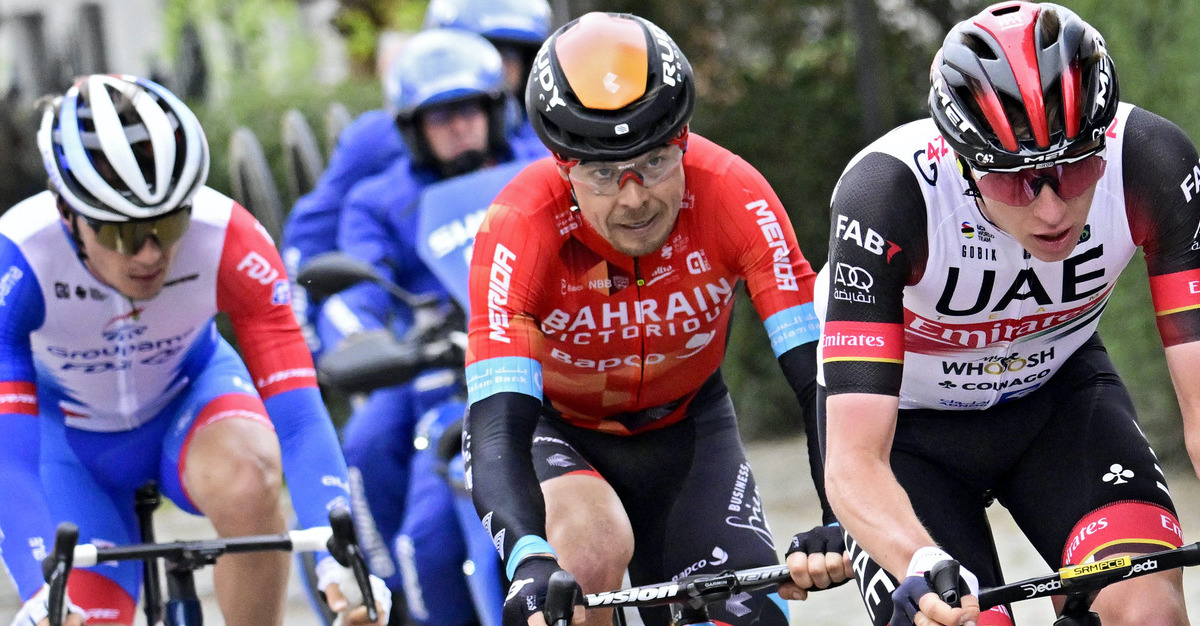 Belgian classics are in full swing! We witnessed some amazing racing today at Dwars door Vlaanderen. As usual, the peloton split into several small groups. In the end, Matthieu Van Der Poel (Alpecin-Fenix) was the fastest as he successfully beat other classics specialists that were in his group such as Benoot, Pidcock, Campenaerts, Politt, and Kung. Tratnik crossed the finish line 9th, 2 minutes and 8 seconds behind the winner. He outsprinted Pogačar (UAT Team Emirates) and Madouas (Grupama – FDJ).

»These races are new for me. I already raced some of them in 2019, but I lack more experience. I made a lot of mistakes today and spent too much energy in the first part of the race because I don’t know the roads. Too many times I was at the end of the peloton, which is not a good position to be in at classics. When the key attack happened, I was way too behind to react to it. What was left for me was to try to catch the breakaway but that was almost mission impossible. Luckily, Tadej was with me and we worked well together. Ninth place is a nice result for me, the whole race was a great experience and I can’t wait for Sunday.« 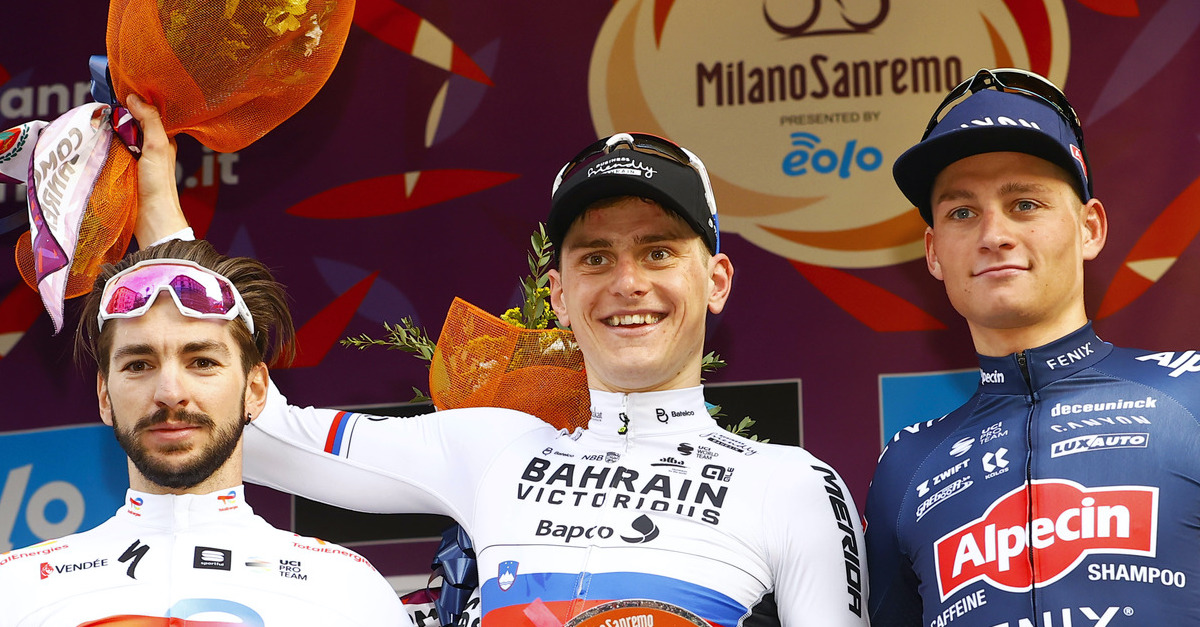 It was the longest day in the office for riders today as they rode from Milano to San Remo. The fastest got there after six hours and a half. As it was expected, the race began with a breakaway, which was caught in the final stage of the race. The tempo was extremely high in the last 20 km and only a small group of riders remained including the Slovenians: Jan Tratnik, Matej Mohorič (both Bahrain-Victorious), Tadej Pogačar (UAE Team Emirates), and Primož Roglič (Jumbo-Visma). Mohorič attacked on the descent from Poggio and managed to keep the small advantage as he crossed the finish line. It was a great day for Bahrain-Victorious. Tratnik also performed extremely well, and he finished 9th.

“This day couldn’t be better. Matej won, I was 9th and Caruso finished 15th. We weren’t really sure how things will unfold for us because Matej was injured after Tirreno. My job was to survive Cipressa and help others on Poggio. Everything went great, with no problems during the race. The tempo on Cipressa was really high and only 25 riders remained. I realized I’m in very good shape and I helped Matej so he could start Poggio in the first position. Meanwhile, I tried to stay with the best riders as long as possible. Maybe I would make a better result if a rider didn’t crash 3km before the finish line and we had to close the gap. One kilometer to the finish I was empty, but it was an amazing day for our team. I’m very happy and proud. This is probably one of the best results for me on one-day races.” 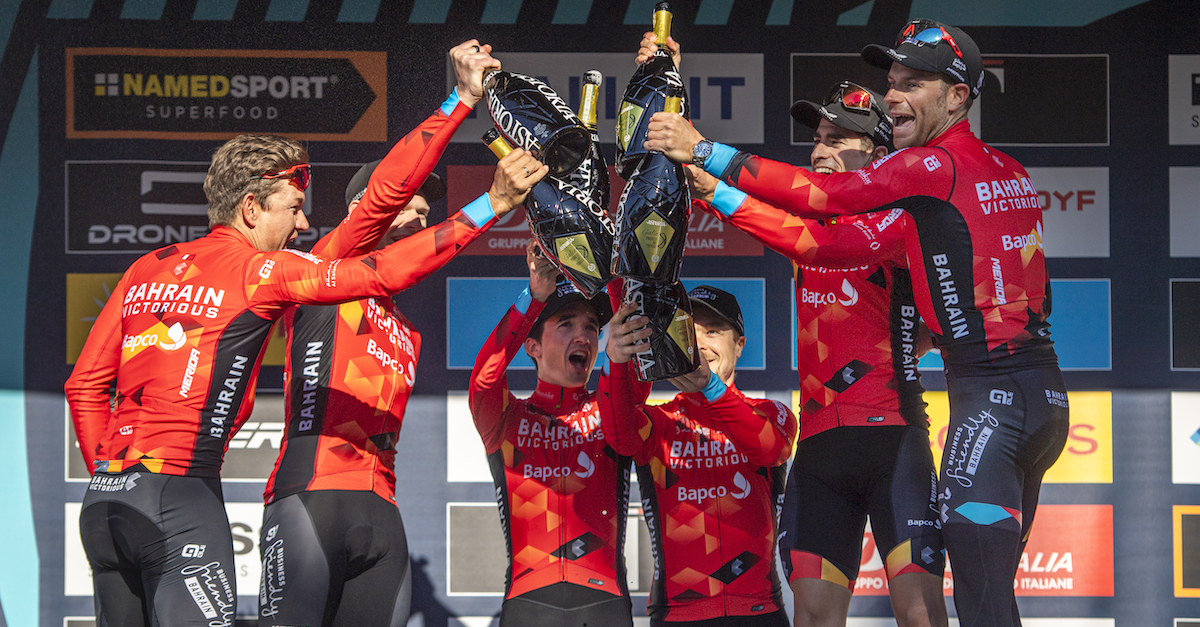 Another beautiful Italian race came to an end. Tirreno-Adriatico started with an individual time trial and finished with a sprint stage, which was won by Tratnik’s teammate Phil Bauhaus. Tadej Pogačar (Team UAE Emirates) won the general classification, followed by Jonas Vingegaard (Jumbo-Visma) and Mikel Landa (Bahrain-Victorious). Jan Tratnik once again did an outstanding job as a domestique and thus contributed to his team’s success.

“Tirreno Adriatico didn’t start as we expected. We already lost time in the opening ITT and the sprint stages didn’t go well for us. However, yesterday was a breakthrough and things started to shift. Landa came third in the general classification, and today we won the stage with Phil and the best team classification. It once again showed that a bad beginning makes a good ending.

I’m very happy with my performance and job done in the race. I always did what needed to be done. Maybe I’m a little disappointed with my performance on the ITT, but overall, it was a great race. I was a domestique for sprint and mountain stages, which I think indicates my good condition. I will take a few days off to recover and then I’m looking forward to racing Milan – San Remo next weekend.” 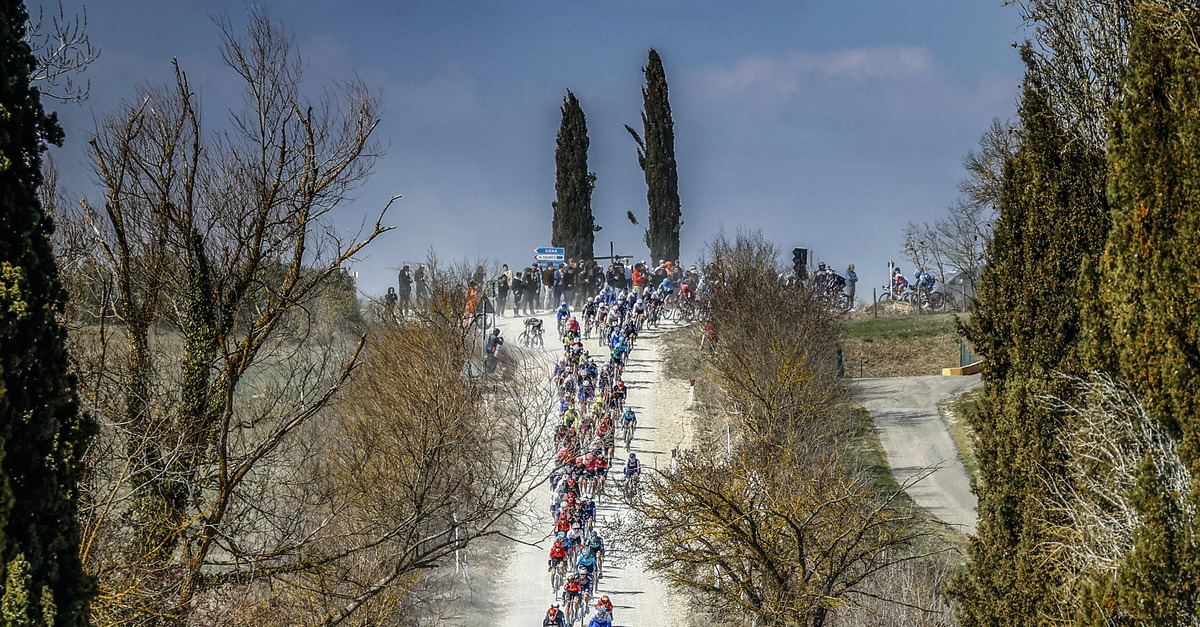 The peloton gathered in beautiful Tuscany to race the legendary Strade Bianche this weekend. The race, which is known for gravel sections, short and steep climbs, is difficult by itself, however, windy weather was also a key player in the game this time. There was a nasty crash, and a lot of riders were involved. Matej Mohorič (Team Bahrain Victorious) had to abandon the race due to injuries. A little less than 50 km to the finish, Tadej Pogačar (UAE Team Emirates) attacked and won the race. Jan Tratnik once again selflessly sacrificed himself for the team.

“For me, Strade Bianche is the most beautiful race in the season, and I want to race it each year. I already did it three times and thus gathered some experience, which gave me the confidence for this year to try to get a top result. The race unfolded in line with our predictions until there was a nasty crash and Matej had to abandon the race. The team tactics were reorganized towards Bilbao and me. My job was mainly to be there in the final to cover potential attacks. Pellio and I started the most difficult gravel section in front, but Bilbao got a puncture, which ruined our plan. I gave him my bike and then I had to wait for the team car, which was far behind. In this position, I couldn’t fight for the top result anymore. Nevertheless, I’m happy for Bilbao, who finished 5th, despite all the bad luck we had as a team. I’m a little disappointed because I felt great and also didn’t do any mistakes. Tomorrow is a new day and most importantly, I’m in good shape. I will race Tirreno-Adriatico instead of Matej.”